It's a wrap for Swindon College, Sukh!

Mike Fellows, Managing Director of Mercedes-Benz and SMART of Swindon worked closely with the College to provide a live brief for HND Computing and Systems Development students, who were tasked with designing a wrap for the iconic smart brand.

Students were required to incorporate smart brand values in to their design; to be environmentally friendly, fun, value for money, affordable and a universal appeal.

Sukh’s winning design incorporated an image representing the world, using bright colours. “Seeing my image on the car is amazing’’  he said. ‘’It looks better than I could have imagined.’’

The 14 students who took part were judged not only on the end product, but also on their journey there; including their research, processes and final presentations.

“We were really impressed by the standard of the presentations and designs produced by the students at Swindon College’’ said Mike. ‘’Picking the winner was a difficult task, but Sukh’s “United World” design was outstanding, had a relevant global theme and represented all of our company values.’’

David Francis, Swindon College Vice Principal, Development and Progression added, “It’s excellent to be working in partnership with local companies such as Mercedes-Benz of Swindon. The opportunity for students to work on live projects gives them a taste of the real world after college.  They are the workforce of the future, and this gives them an insight into what employers want.’’

The car with be on display in the Mercedes-Benz and smart of Swindon, Drakes Way, Swindon, SN3 3HT and then will be on display at Swindon College on Tuesday 25th April, where it will be shown alongside the work of all of the students involved in the competition. 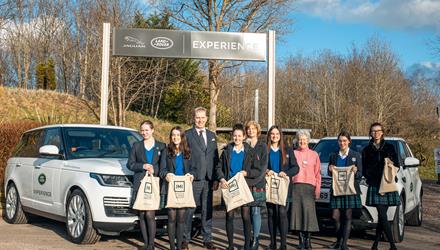 Congratulations to our 2019 winning team, H20 Vehicles, who designed and launched a fantastic vehicle! 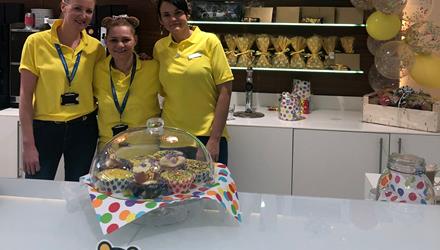 Today, dealerships across Sytner Group are supporting Children in Need's great cause through various different methods!